Fun Academy Motion Pictures and Labyrinth Media are proud to announce the addition of highly acclaimed film composer Patrick Doyle to the team of the upcoming animated feature Sgt. Stubby: An American Hero! 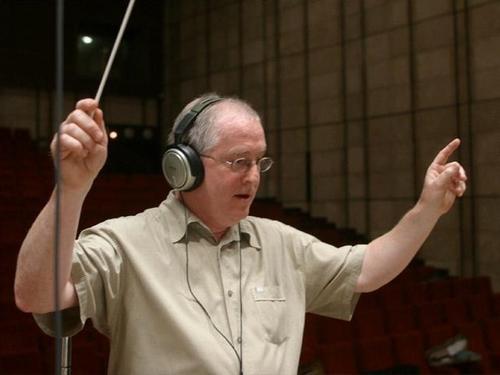 Patrick Doyle has over 60 film credits to his name with Oscar, Golden Globe and BAFTA nominations and a wealth of awards. From elegant period pieces to intimate independent films to superhero blockbusters, Doyle has spent 30 years delighting audiences around the world. “I am very excited to be involved in Stubby,” the composer says. “It is a wonderful emotional script and Stubby’s exciting adventures are a delightful gift for a composer to capture.”

Doyle’s work has been featured in many major motion pictures including Brave, Harry Potter and the Goblet of Fire, Rise of the Planet of the Apes, and Thor. He received Academy Award nominations for his work in Ang Lee’s Sense and Sensibility (1995) and Kenneth Branagh’s Hamlet (1996).

Sgt. Stubby: An American Hero tells the incredible true story of Stubby, a stray bull terrier mutt, who forged a lasting bond with the men of the 26th “Yankee” Division at the onset of America’s involvement in World War I. Beyond serving as a regimental mascot, Stubby would warn American doughboys and French civilians of incoming chemical attacks, locate wounded allies in No Man’s Land and capture enemy spies in the trenches. For his valorous actions, Stubby was the first war dog promoted to the rank of Sergeant in U.S. Army history.

As executive producer Richard Lanni points out, “Music accounts for forty percent of an animated feature, so having such a talented composer on board to pay tribute to our canine hero is a huge triumph for the Stubby team.”