The long-anticipated trailer for Sgt. Stubby: An American Hero has arrived online and in theaters across North America! Watch Now on YouTube 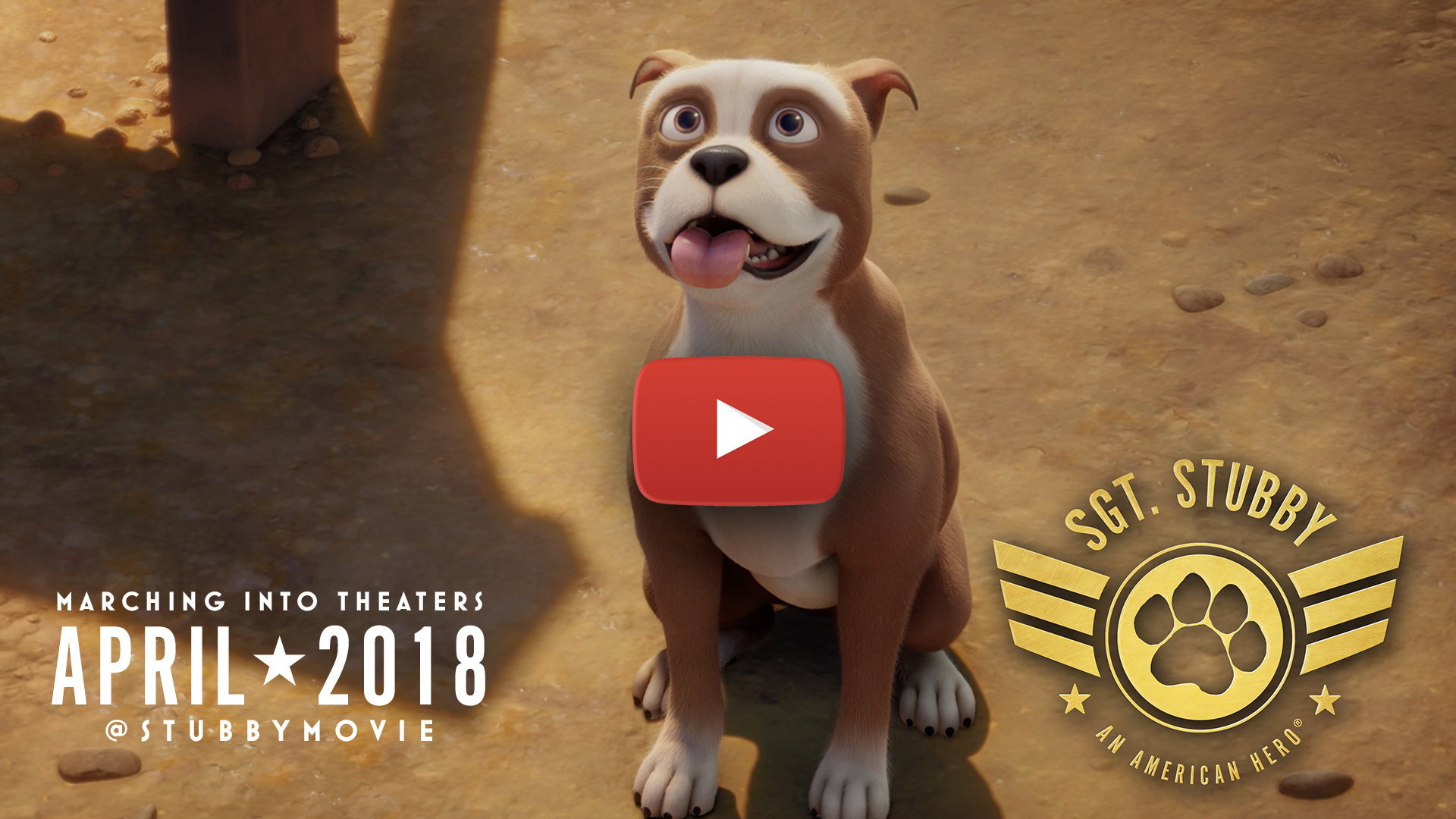 Sgt. Stubby: An American Hero tells the incredible true story of America’s most decorated dog. After being rescued off the streets by a young soldier on the eve of World War I, Stubby is given a home, a family, and the chance to embark on the adventure that would define a century.

For valorous actions above and beyond his small stature, Stubby is still recognized as the most decorated dog in history and the first dog promoted to the rank of Sergeant in the U.S. Army, showing the world that the greatest heroes can come from the unlikeliest of places.

Reserve your group’s trip to the world of Sgt. Stubby today: www.stubbymovie.com/#group-events