You are here: Home / All Posts / Stand Up for Stubby | A Letter from the Filmmakers

I wanted to take a moment to thank all of Stubby’s loyal fans, both those who have been with us from the beginning and those just discovering this tale and wanting to know more.

It’s clear that there’s an appetite for substantive, educational entertainment in the commercial cinema marketplace. Now we need you to vote with your ticket stubs to make it happen.

Sgt. Stubby: An American Hero (or Sgt. Stubby: An Unlikely Hero to audiences outside the U.S.) is the ultimate underdog story based on the true life and times of America’s most decorated canine. Our studio, Fun Academy, comes to cinemas as an underdog as well, carving a new niche for real-life storytelling in a crowded family entertainment landscape of fantasy and fairytale. 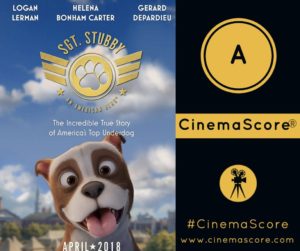 This weekend, Sgt. Stubby opened in theaters across North America. This unprecedented film resulted in an amazing critical response, enjoying a 90% “fresh” rating among top critics on Rotten Tomatoes for its opening weekend. We also received an “A” rating from CinemaScore, the highest audience response among all new releases.

So how can you help us in our mission? Buy tickets. Contact your local theaters to ask for showtimes. Rate us on sites like IMDB and Rotten Tomatoes. Follow us on social media. Tell your friends.

Everyone who saw the movie fell in love with Stubby, but there were far too many empty seats in theaters nationwide. Despite the enthusiastic responses we’ve received from parents, dog lovers, teachers, military families, history buffs, and kids of all ages, we simply can’t guarantee the film will remain available without those same audiences’ ticket purchases.

After a challenging opening weekend, we must remember the story of Stubby. He was tenacious, resilient, and determined, and we must be the same. We’re not dead, but we are wounded and must stay in the fight. We have a movie that people love and critics praise, school group sales are about to kick in and it is clear that there will be strong word of mouth. But we must urge you all to continue your support at the box office. 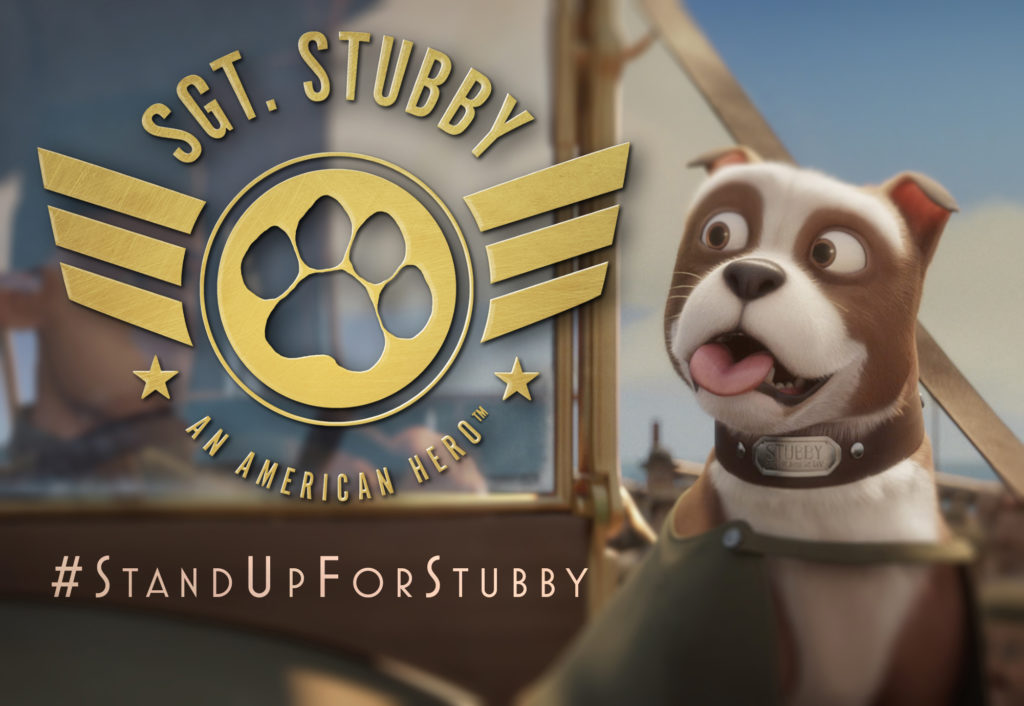 [T]he film is sufficiently intelligent and entertaining to engage most grown-ups and, no kidding, fascinate history buffs.
Joe Leydon, Variety

“…the well-assembled period piece could still appeal to children old enough to grasp its themes, while serving as a valuable educational tool to teach them about a war that ended nearly a century ago.”
Jordan Mintzer, The Hollywood Reporter

Who doesn’t like a rousing ruff-and-ready tale of doggy derring-do?
Susan Wloszczyna, RogerEbert.com

Fun Academy’s goal is to bring honest, relevant, story-driven tales to life, providing a conduit to history that kids otherwise might not learn. Sgt. Stubby is a remarkable true story of a remarkable dog who was given a chance in life; just as the real Stubby defied all expectations a hundred years ago, his film must now defy all expectations to continue making history accessible to kids. 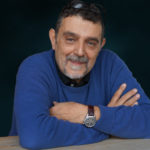