You are here: Home / feature / Stand Up for Stubby, Part 2: The Battle of the Blu-ray | A Letter from the Filmmakers

Due to the immense outpouring of fan support, Paramount Pictures has teamed up with Fun Academy to bring Sgt. Stubby: An American Hero to every major retailer across the U.S. and Canada including Walmart, Amazon, Best Buy, and AAFES locations as well as iTunes, VUDU, Google Play, and Amazon Video. The new street date for home media purchase is DECEMBER 11, 2018. Visit our online store to see all Sgt. Stubby merchandise!

Thanking our loyal fans, welcoming new members to the Fun Academy family, providing some insight into the challenges we now face, and letting you know how you can continue to #StandUpForStubby

Now with our impending home media release, we wanted to give another behind-the-curtain look at where Fun Academy’s debut project stands, ways you can help make Sgt. Stubby available in the market, and how your support can have a direct effect on the future of family entertainment.

“Accept the challenges, so that you may feel the exhilaration of victory.” – George S. Patton

It’s clear that our little film about an all-American underdog transcends all boundaries. Sgt. Stubby is currently enjoying a prolonged “tour of duty” across the United Kingdom and Ireland (our production headquarters), with more territories being added weekly to bring Stubby’s story to children across the globe.

Here in the U.S., all sides of the social and political spectrum – from The New York Times to Focus on the Family – have embraced the true story of this scrappy little dog who demonstrated courage and loyalty in the face of world-changing adversity. Moreover, Fun Academy Studios continues to receive accolades for our dedication and craft; we make the kind of educational entertainment that parents, teachers, artists, history buffs, animal lovers, and (most importantly) children of all ages can equally enjoy. To date, Sgt. Stubby has been approved for All Ages by the Dove Foundation, been endorsed by the National Parenting Center, and most recently received a Parents’ Choice Gold Award for excellence in children’s media.

…But an Uphill Battle

“All the adversity I’ve had in my life, all my troubles and obstacles, have strengthened me…” – Walt Disney

It’s no secret that Sgt. Stubby’s big screen debut in April was overshadowed by giant studio releases with giant studio marketing budgets. Despite our initial wide release in theaters, our positive reviews (currently 84% Fresh and 97% audience score on Rotten Tomatoes!), and our on-going requests from schools and American Legion posts to screen Sgt. Stubby as part of their World War I centennial commemorations, we find ourselves fighting yet another uphill battle to make this film available to the wide audience it deserves.

We have recently been denied the opportunity to sell Sgt. Stubby: An American Hero directly on Amazon.com, Walmart.com, and in AAFES (Army and Air Force Exchange Service) stores on military bases. The rationale, it seems, stems from those stores’ vendor approval policies. To put it simply, they don’t accept that a company capable of producing and distributing an award-winning animated feature film on four continents is also capable of delivering product to their store shelves.

Thus far, all major retailers and online vendors are requiring us to subcontract a shipping/distribution service who, in turn, have their own regulations that disqualify Fun Academy as a vendor and require additional steps that would drastically eat into our margins, leaving us with the possibility of Sgt. Stubby on shelves but without the profitability needed to continue making quality family content in the future.

This is all in spite of the fact that, in most cases, we are applying as a self-service vendor; we would handle fulfillment directly to you, the consumer, and not utilize any of their logistics or distribution services.

In the case of Amazon, it appears this roadblock was established several years ago in response to major studios’ complaints of pirated goods being sold online, prompting Amazon to make DVD sales a “gated” category without publishing the criteria that allows entry for new studios. While we agree with our industry peers on the necessity to remove bootlegged goods from the world’s largest marketplace, we also find it unacceptable that Fun Academy – a film studio ourselves and an approved vendor in all other categories – would be restricted from listing our own film where a large portion of our sizable-and-growing audience is shopping.

“How you deal with adversity says a lot about the kind of players you’ve got and the kind of team we’ve got.” – Aaron Rodgers

Last month, we launched our own online store where you can directly purchase your very own Sgt. Stubby plush doll, ready-to-hang concept art prints, and pre-orders of Sgt. Stubby: An American Hero on DVD and Blu-ray: www.funacademystudios.com/shop

All home media will be made available for direct purchase on November 6 and more products will be launched between now and the holiday season, but to thank our loyal fans who have been inconvenienced by our big-box retail situation, we are officially extending FREE SHIPPING ON ALL DVD & BLU-RAY PURCHASES between now and the end of the year.

Additionally, Sgt. Stubby still stands as the premier World War I-themed film released during this centennial year and the only one suitable for all ages for anyone seeking to introduce this complex period of history to younger audiences. As we begin this new school year and with Veterans Day rapidly approaching, contact our Group Sales department to book your field trip or fundraiser at a theater near you: E-Mail | Web Form

Welcome to the Fun Academy Family

“Find a group of people who challenge and inspire you, spend a lot of time with them, and it will change your life forever.” – Amy Poehler

Fun Academy is more than a family entertainment company; we are a family ourselves, composed of filmmakers and film lovers, artists and audiences who share a passion for relevant and authentic storytelling that speaks to children without cynicism or condescension.

And the story doesn’t end with this one film! We are currently in development on two additional features and a TV series to tell the rest of Stubby’s story, providing a “dog’s eye view” of history that brings the beginning of the 20th century to life in new and unexpected ways. We are also ready to begin pre-production on our first non-Stubby property, another true story centered on mankind’s first forays into the “final frontier” (but that’s all I can say for now…)

With every ticket stub, DVD/Blu-ray order, Facebook share, and online review, you’ve advanced the cause for high-quality, real-life narratives for kids. Now, just like Sgt. Stubby and his comrades-in-arms in the trenches, we must go “over the top” to show the industry’s gatekeepers that this story of a little dog, when given a chance, can help change the world. 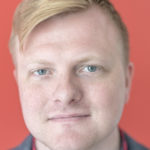